Blocked drains are one of the most common plumbing issues every homeowner has to face sooner or later. You will be surprised to know that the problem generally arises due to the carelessness of the people living in the house. They don’t care much about the condition of the pipes and end-up ignoring the common drain problems. A majority of the drain issues are indeed quite complicated and require the aid of a professional offering drain clearance services. They have the experience, knowledge and tools needed to deal with blocked drains. 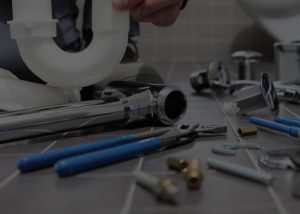 Common Drain Problems For Which You Require Drain Clearance Services

Drain blockage generally occurs when people leave the pipes unattended for an extended period of time. Debris of food and other waste items sit and collect inside them. These items keep on piling up inside the pipe and lead to drain blockage. Even a minor blockage can reduce the flow and pressure of water in your house. The easiest way to get out of the situation is by finding a solution immediately. Professionals offering drain clearance services believe that avoiding drain blockages will become easier if people start taking care of the pipes in their house.

If you think that you don’t need drain clearance services just because the drain is emitting bad odour or smell, it’s high time you debunk the myth. Preventing drain odour is very important as the stinking smell from drains is one of the most annoying plumbing issues. When food debris and other waste materials accumulate in the pipe, they start absorbing moisture and emits a bad smell. If you can’t break the waste in the pipe by making a mixture of baking soda and vinegar, you have to clear the drain using special equipment. 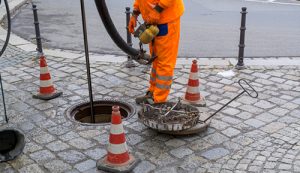 Not everyone is aware of the fact that neglecting the plumbing issues in your house and not hiring drain clearance professionals at the right time can pollute the water in your entire house. Pipes should be cleaned at fixed intervals to get rid of the waste and other materials. Water pollution can make water in the entire plumbing system unsafe and inconsumable. If you don’t want to deteriorate the health of your family members or friends by consuming polluted water, keep your pipes clean. If the blockage is a serious one, get in touch with professionals offering Drain Clearance in Richmond instead of trying a DIY.

Water pipes leaking is a very common plumbing issue as it can occur due to various reasons. One of them is drain blockage. When a blockage develops in the pipe due to waste or other materials, water can’t pass through it and becomes stagnant in one place. This damages the material of the pipe and leads to water leakage. If you don’t want to waste your money by replacing the entire pipe, hire professionals offering drain clearance services before it’s too late. They will get rid of the waste materials and food debris which will prevent the pipes from leaking.

If you think that clearing the drains in your house will punch a hole in your pocket, it’s high time you debunk the myth. There are numerous companies scattered all over Richmond offering bespoke drain clearance services. They will assess the condition of the plumbing system and drains in your house and suggest the best drain cleaning treatment within your budget.