A soothing hot shower is a blessing during the cold winter months. Lathering up and washing after a hectic day at your workplace is almost like a mini home spa treatment. No wonder a sudden brain blockage becomes a nightmare for all. You will suddenly notice that water is not passing through the drain, which indicates that the shower drain has clogged. Such being the situation, get in touch with a reliable plumber for drain clearance.

Keeping a bottle of vinegar in the bathroom is a wise thing to do as it let you clear the drains without punching a hole in your pocket. Pour some white vinegar down the drain after every 3 to 4 months. The acid present in vinegar will prevent the formation of any clog, but you should let the solution sit for at least 10 minutes before flushing it with hot water.

Stay Away From Grease And Oil

Though people think that grease and oil can easily pass through shower drains as they are found in a semi-liquid texture, it is actually not so. Grease from vegetable oils and animal oils can accumulate in the shower drains over time and finally clog them. The easiest way to avoid those expensive repairs is by preventing oil and grease from passing through them and hiring plumbers for drain clearance in Kingston every few months. 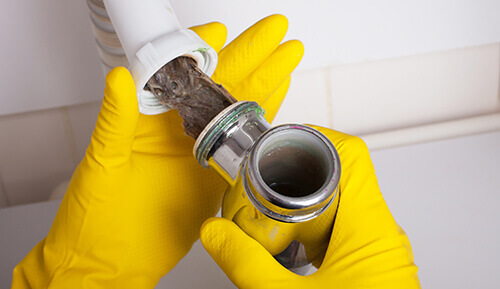 Using a drain cover is highly advisable to prevent the shower drain from clogging as hairs are treated as their worst enemy. Placing a shower drain cover is simple and budget-friendly. They let water pass through them and prevent hair from passing. They are available in various styles and materials like stainless steel and silicone.

Shower drain clearance will become easier if you let the shower run for a few extra minutes after you have completed taking a bath. Turn on the tap on full force as it helps the drain to get a good flush and prevent any foreign particles from accumulating in it.

Follow the tips stated above and get in touch with the plumbers at DTS Drainage for professional shower drain clearance.